Blog Menu
I apologize in advance for writing a lengthy blog message...

As I was emptying and rearranging the remnants of what's left of Heads Up Decoy in my garage, I couldn't help but reflect on what a big weekend of milestones it was. 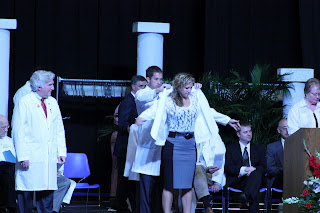 On Friday afternoon I had the pleasure of spending the day with my wife as we watched a young lady don a "White Coat" symbolizing her commitment to herself, her fellow doctors, and patients she will serve, not only in the next four years of her medical school training, but in her professional years to follow. There were over 5,000 applications submitted to be a part of the 2012 class at the University of Kansas Medical School...211 were chosen. It started with..."I wonder if I should be a doctor?" to "I can be a doctor." to "Holy crap...I have the opportunity to be a doctor!"

It was a hard road traveled with miles of stone to get to this point that only this young lady can understand. Faith, perseverance, self reliance. Not why me or woe is me. There is certain difficulty ahead. There will be milestones alone the way and miles of stone to travel over to get there.

Thinking back as the stages of  the application process where unfolding, an email notifying many of us that a formal interview was awarded...a milestone in the application process. An interview invite means that there is a very real chance of acceptance. The initial email was filled with thank you's and prayers to all for the support and belief that brought a tear to the eye followed by smiles and laughter when advice for the interview began to roll in. I thought to myself...Who are we to be giving advice to a kid who works harder, is more worldly, more prepared for this moment, and smarter than any of us? I promptly replied, "You'll be great!" And she was. 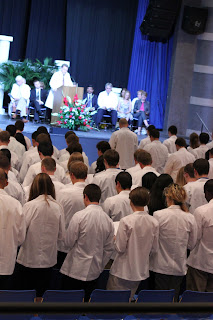 Not to my surprise, this young lady willing and openly accepted the challenged ahead of her and I look from outside with great pride and emotion of the road traveled for this great accomplishment which is all her own. She worked hard to endure the next 4 years of pain. Monday at 9:00 I am confident she will be up to the challenges ahead. Her faith, work ethic, and conservative values will be more than enough.

So how do you top that? Well, you don't. Today was a day to reflect...and to clean. The garage was still a mess, it was only 800 degrees as the afternoon sun began to beat down into the opened door. I'd been at this for awhile. My thoughts, as they so often do, turn to Heads Up Decoy. The whole reason in the first place for the cleaning was due to Heads Up Decoy. I couldn't help but think about how I got to this point...and the people that have helped me along the way.

What's the big deal anyway. I'm cleaning my garage. What can be so important about that. Well, this week marks a milestone in Heads Up Decoy. I have turned over final assembly and shipping to an outside source to free up time to focus on marketing, sales, customer service, managing the products, and the company with the hopes of taking Heads Up Decoy to new milestones. My garage, like so many others, was the focal point of Heads Up Decoy. 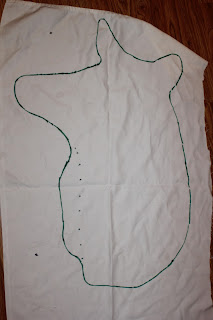 It was early in 2006 that I made a phone call which spurred another phone call. It only takes one person, beside yourself, to believe in you. Let's face it, you can't do it alone. I set an appointment to meet with a gentleman I had never heard of to show him my "rendition" of a big game decoy. My sample consisted of a white sheet with green tracing of an elk head along with a frame that seriously took me weeks to make. I asked if he could sew the decoy around the frame, for which he graciously said. Yeah, we can do that. That was it. I had someone that could sew the decoys.

This photo I took of an elk in a pin was printed to cloth and before I knew it we had a prototype...which did not resemble the original frame, the white sheet, or an elk. But nonetheless it was off to Colorado to begin in September to be the next Primos. The blob, which I called the first decoy, needed some improvements, but it improved enough to spark the interest of the before mentioned gentleman on my next visit.

To this day, I look at Steve Arnsdorf as the signal biggest influence in the success of Heads Up Decoy...and he's never hunted with one. Steve and his company have sewn a couple thousand decoys and every step of the way, Steve has helped me build along the way. He knows that Heads Up Decoy is not going to be his big account, because he wants it to be big for me. Not for him. He works with me as if he's invested in them. Truly selfless and genuine. For Steve, I am truly indebted.

Other notable people are my friends at Employment Connections who work with me and design their workforce on demand for me. I don't know where I'd be without your flexibility and your willingness to morph your services into exactly what I need.

Man, I can remember the first internet sale I made. I almost deleted the notification because I didn't even know what it was. I think I recall saying, "HOLY Sh*T! I think I sold one!" I think it took me 2 hours to process that first order. Since then, I've done substantially better. Throughout all the miles of stones traveled over and milestones accomplished, the product continues to shine, gain ground, and pull me through my mistakes or bad decisions as well as validating my beliefs in its effectiveness. H.U.D is far from a success, but measuring success has been much easier when you see your name in magazines or when people in the industry take you seriously even when at times you doubt everything about yourself.

I have managed to developed and acquired an excellent prostaff. A phenomenal website to highlight my product. Great success in the field with the decoys. Great advertising partners who believe in the products. A US Patent. It has been a great ride up to this point. It has taken tons of help from people from all over the country and world. What continues to drive myself are the people who invest their money in my products and the success they have in the field with them. 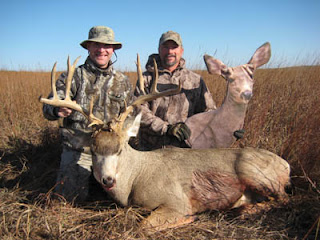 I can remember in the beginning, I often said, it's way easier to convince an animal my decoy is real than convincing a person that it works. And with all the success of Heads Up Decoy, we still have our skeptics.

My wife has been and continues to be my hardest sell. Morale victories and recognition has yet to convince her the sacrifices in time, money, the distractions, the irritability, time away, absence even when I physically present..and whatever else I've made her and our family go through, that it's worth it. But as I ease towards new milestones, I can feel what others tell me they feel...great things are coming so I'll keep trekking with a steady pace through the miles of stone building the best decoys on the market one at a time.

Thanks for letting me share my thoughts for the day.