Blog Menu
When we traveled around to different commercial shows in the early days of HUD's, the first thing hunters would say about our antelope decoy is: "You should find a way to mount that to your bow." Well, we did. And frankly, the Bow Mount was specifically made with the antelope decoy and turkey decoy in mind. I spent HOURS in the shop working on the design...hours. To the point I finally settled on a design and went with it. It worked, but the numbers didn't...so it was back to the drawing board. I "dumbed" it down to a "V" bracket with the idea that I would mount 2 Tom Turkey decoys side-by-side, but as it turns out...you don't need 2 turkey decoys. If you have been following us, you will be well aware of the deadly turkey decoy we have and its use in the Bow Mount. What has been interesting over the course of the last couple of season is the amount of Bow Mounts we sell with other decoy models...maybe it's because I walked up on a mule deer buck in milo stalks and shot it on film...:-).

The Bow Mount is precisely machined and manufactured with a great deal of accuracy and consistency. We are proud to have been able to reduce the "engineering" to a smaller profile with complete and full functionality as the original design. The Bow Mount is constructed of 100% aluminum. As with the original model, we inserted plastic tubing to slide the decoy handle into. This reduces abrasions on the handle and silence on the shot.

Every Bow Mount is sold with a 5/16 button head bolt and one 1/4" roll pin. The bolt is used to secure the Bow Mount into the end of a stabilizer with a bolt hole at the end. We recommend a stabilizer with a hole in the end for full functionality of the Bow Mount. There are several brands on the market. However, you can place it between a stacker type stabilizer, between stabilizer and bow riser or for you traditional folks...get a Gadget Adapter generally used for bow fishing and bolt the Bow Mount to it.

The roll pin will be tapped into one of the ported holes in the Bow Mount. What you will do is determine what side of the bow the decoy will work on and what you prefer. Then you will see how the decoy will be positioned based on your set up to get the decoy in proper posture with as much "coverage" it will provide you without interfering with your sight window and arrow flight channel. Once you figure that out, tap the roll pin in the Bow Mount and reattach the Bow Mount and fix it securely. I personally find that once I have place the roll pin in the Bow Mount, I do not have to remove it for another decoy...however, fine tuning is always recommended to get as much "coverage" of the bow and yourself as possible.

When you insert the decoy handle into the fully assemble Bow Mount, align the notch of the handle so it will fit around the roll pin. We call this our "Wind Lock" system. This notch in the handle will keep the decoy from spinning in the Bow Mount. Keep in mind that the decoy will flex in the wind. We stumbled into this, but having some flex in the decoy will give you an extra 5+mph wind speed because the decoy absorbs some of the shock of the wind...having a decoy that has no give is bad in the wind. The decoy always works better when your face is in the wind. Practice Practice Practice with the decoy in the Bow Mount to know your limits. Here are some pictures of what the decoy may look like and how it may be attached to the bow. And remember, your Bow Mount investment is great because all our decoys fit in the Bow Mount. Good Luck. 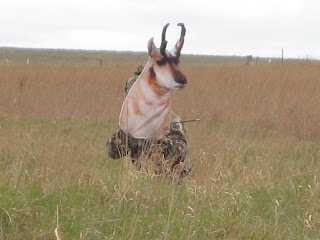 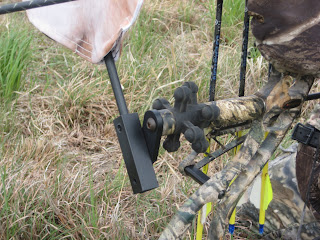 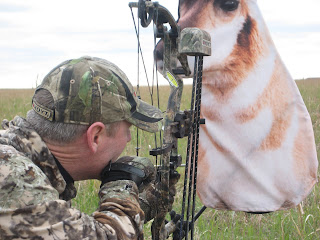 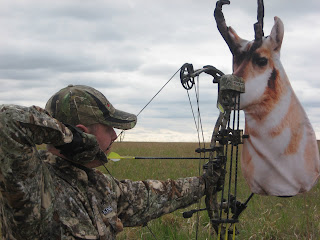 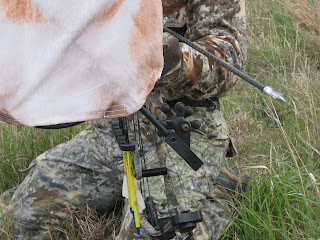 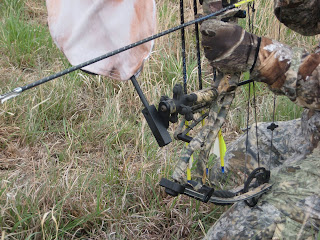 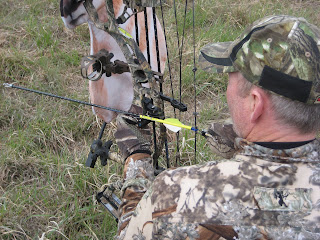 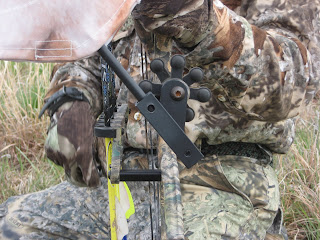 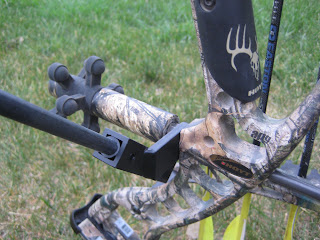