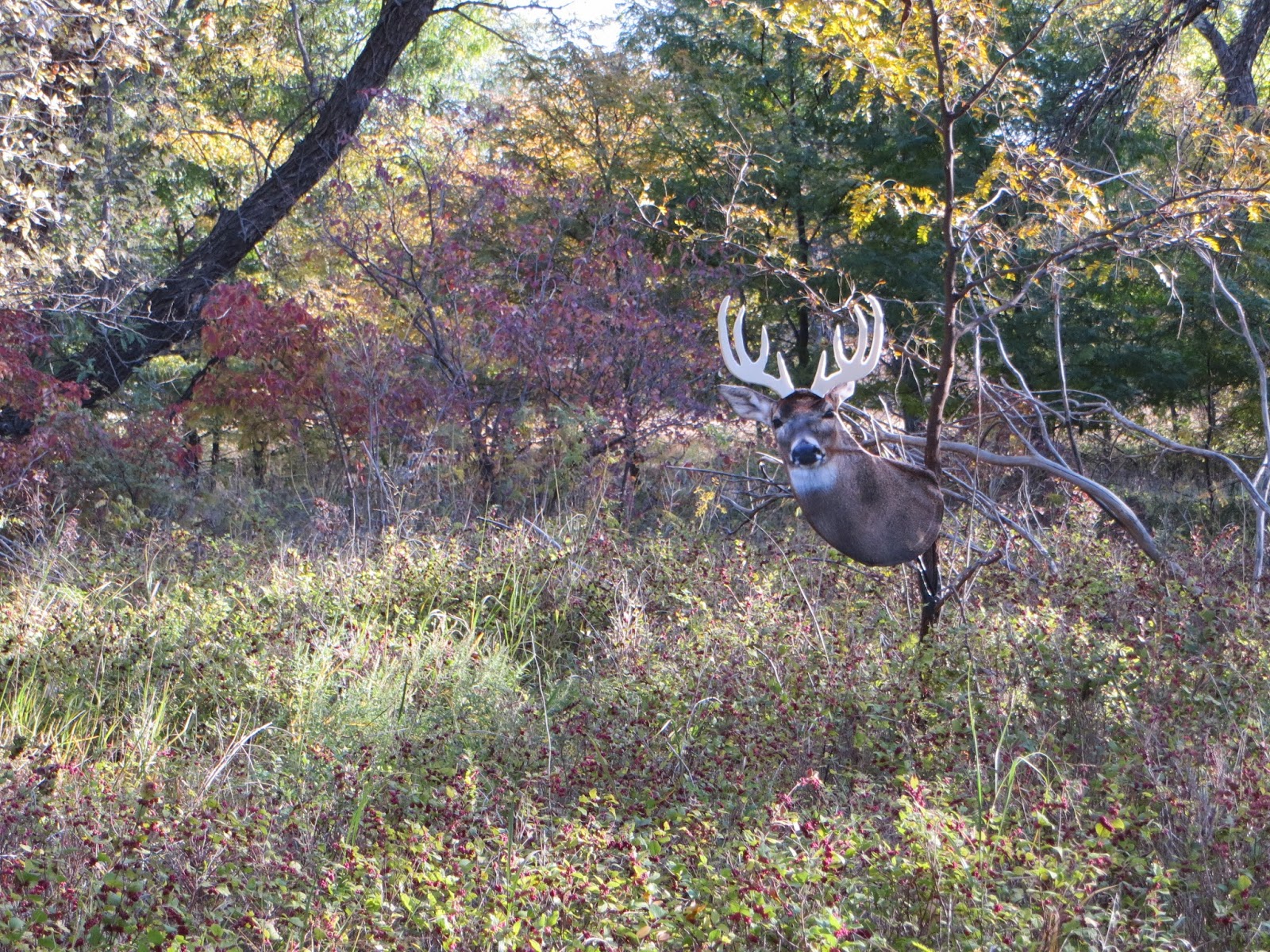 November 7, 2014 was a great day with the Heads Up Decoy. I started the morning hiking and glassing some open country near a creek bottom looking for a mature buck to intercept. After only seeing a couple small bucks and a few does by mid-morning it was time for a new game plan. I circled to get the wind in my favor and slowly approached a small secluded draw that I knew deer frequently bedded in. When I was near the edge of the steep banks I clamped the HUD Whitetail Buck decoy to a bush a few yards in front of me and got in position in the shadow of a large cedar. I started by throwing out some loud grunts and doe bleats followed by a short but loud rattling sequence and then finished with a few more grunts. I quickly grabbed by bow knowing that any buck that responded could be there in a hurry. However, after about five minutes I was doubtful that anything was coming since it was such a small area of cover that was within earshot of my setup. Just when I was getting ready to gather my things to leave I turned my head to see an old mature whitetail standing at 20 yards looking for the source of the fight. He immediately spotted the decoy and laid his ears back and bristled up. He then started circling toward the downwind side and ended up within 15 yards before catching my scent and bolting. He was a great buck with incredible mass and double split brow tines but was missing most of one side of his rack from an earlier battle so I let him walk. What an exciting encounter! I walked back to the truck with a smile after being reminded why we bowhunt. 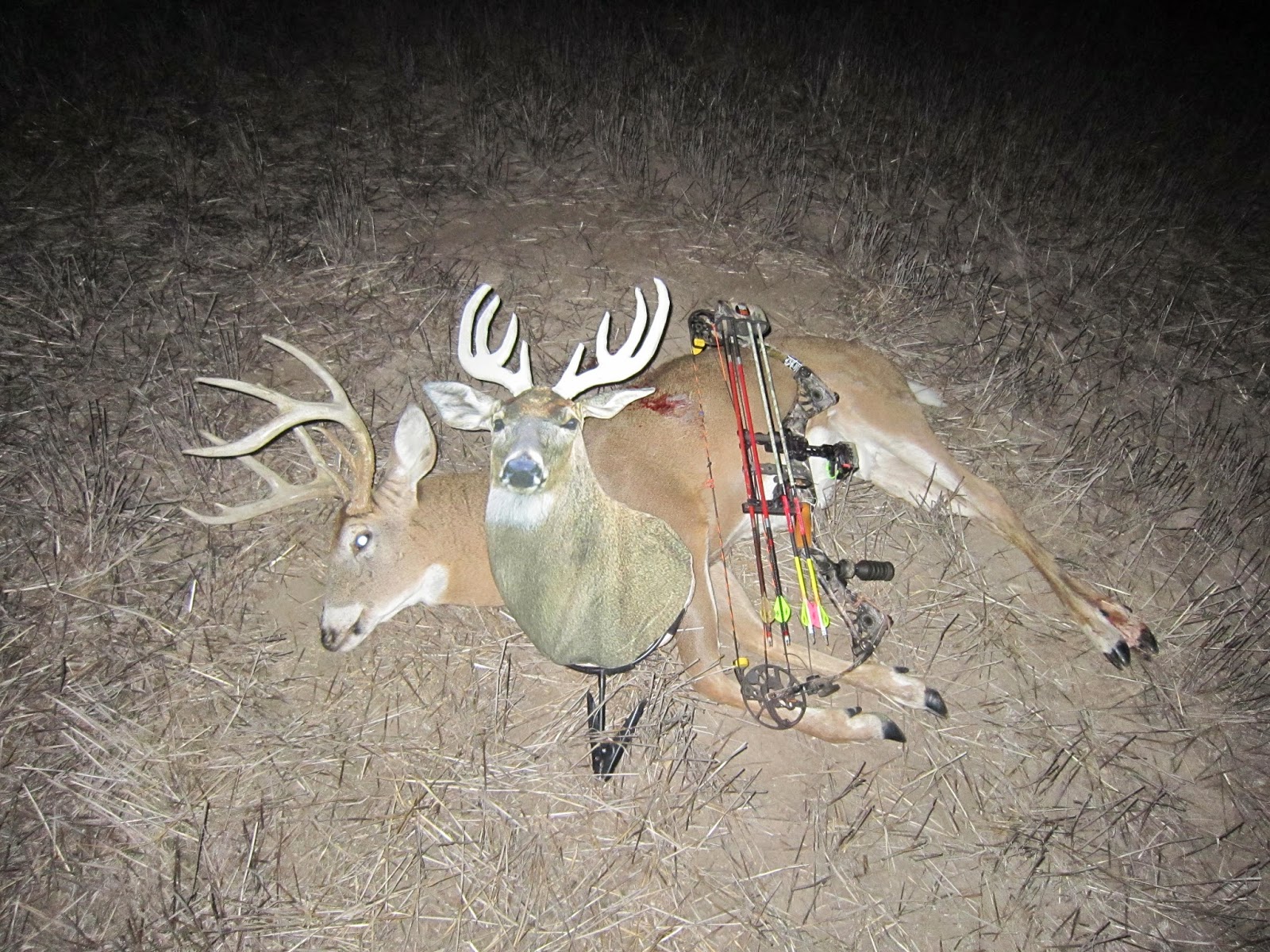 Later that afternoon it was unseasonably warm, so I wasn’t expecting a lot of deer movement as I headed to my tree stand. It was after sundown and I had yet to see any bucks but was still hopeful since a few does were feeding nearby. Just before dark I saw a large-bodied deer approaching quickly in search of a hot doe. After a quick look with the binos I decided he was a potential shooter and grabbed my bow. When he was 30 yards out he spotted the decoy, which I had clamped to a plum bush only 5 yards in front of my stand. Like the buck from the morning encounter, he too immediately took on an aggressive posture and began approaching the decoy stiff-legged and ready for a fight. I still wasn’t sure this was the buck I wanted to end my season with but when he was nose to nose with the decoy at only 5 steps, temptation got the better of me and I decided that this was too good of an opportunity to pass up. After the shot he only made it 70 yards before piling up. He may not be my biggest buck but the encounter certainly made for one of my more memorable hunts. 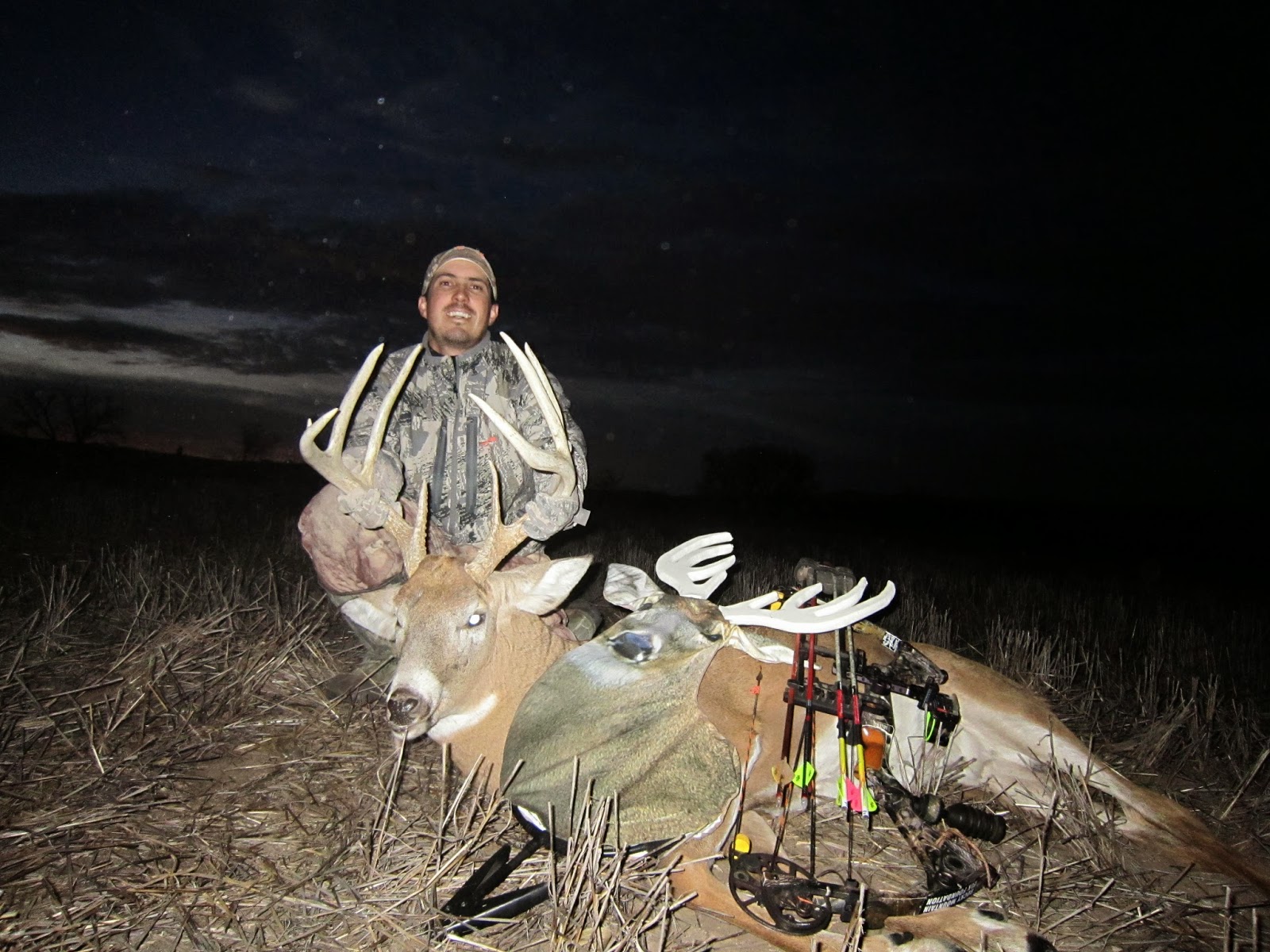 If you haven’t yet given a Heads Up Decoy a try this season, I highly recommend it. Whether you are hunting on the ground or from a tree, it brings a whole new level of excitement to bowhunting that will have you wandering why you didn’t try it sooner.