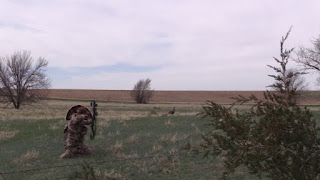 With all the growth and success of Heads Up Decoy, I am still barely more than a weekend hunter. I plan my days off based on the time of year. Rolling the dice that Mother Nature and the animals will cooperate.

It is hard to believe that I have been building Heads Up Decoy since 2008. The improvements we've made with the product, the additions, and the new revelations have been so great that our original thought behind our concept is hard to recall.

Is Heads Up Decoy more of a system...than an actual decoy? A question I ponder often. The versatility with the decoy and accessories lends itself to limitless opportunities for the hunter willing to give it a run. So, I would say yes, it is a system because there is no one way to use them.

Over the years, I have developed a great appreciation for how well Heads Up Decoys can work in really crappy conditions. I suppose one could argue that in order for it to perform in bad conditions is that you may need another person. I have witnessed many hunts, either as a videographer, observer, or the one holding the decoy, in some pretty brutal conditions that led to a shot. Mostly because we were willing to make the effort.

A couple years ago, we met up with some friends in the hopes of getting them a true Heads Up Decoy experience. It was spring and we were after turkeys. Mother Nature in all her splendor, did everything she could to foil our hunt. To be honest, she kick our butt in all but about 20 minutes of our 3 day hunt.


We did what we could do, but the wind simply would not relent. It beat us down, but we kept after it. Sticking to it ultimately led to success on one of those brutally windy days.

There was no option to have the Heads Up Turkey Decoy in the bow mount, someone had to hold the decoy. On this opportunity, two of us crawled out into the pasture. When we were able to locate the bird from our bellies, we slowly raised up and showed the decoy to the bird. 45 seconds later we got our one and only shot...and made good on it.

Brutal conditions are a part of hunting, and the thing I appreciate about our product is that if you are willing to use it, you have control over decoy in these really bad conditions and can ultimately get an opportunity.

When you cannot pick and choose the best of the best days to hunt, like me. Heads Up Decoy can be the key to success.

For video of this hunt, click the link below. Best of luck this turkey season. 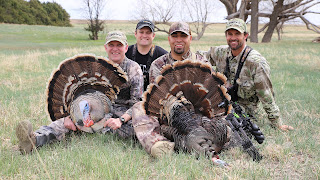